Understanding the Effectivity of Ensembles in Deep Learning

Dissecting ensembles, one at a time. Made by Sayak Paul using Weights & Biases
Sayak Paul

In the paper, the authors investigate the question - why do deep ensembles work better than single deep neural networks?

In their investigation, the authors figure out:

Inspired by their findings, in this report, we present several different insights that are useful for understanding the dynamics of deep neural networks in general. 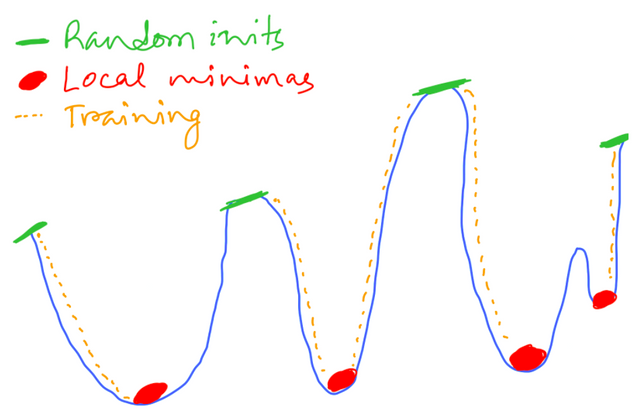 Mitigating the High Variance of a Single Model With Ensembling

To allow a network to cover these local minima better, we often train several versions of the same model but with different initializations. During inference, we take predictions from each of these different solutions, and we average their predictions. It works quite well in practice, and this process is referred to as ensembling. Ensembling also helps to reduce the high variance that might come from the predictions of individual models (the same network trained multiple times with different random initializations).

In order to understand why ensembles work well, we need to figure out the ingredients that make these ensembles cover the loss landscape better?

To investigate this systematically, the authors do the following (among other things):

Note: We did not exactly follow what is specified in section 3 of the paper. There are minor differences in our experimental setup and what the authors followed.

For convenience, below, we specify how the learning rate schedule would look and the data augmentation pipeline we followed. 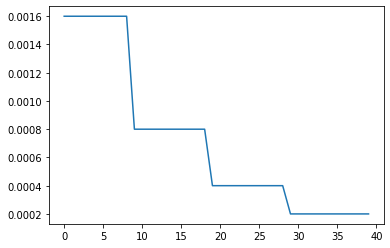 We used Google Colab for running all of our experiments.

Dissecting the Weight Space of a (Deep) Ensemble

Going back to our experiments, we are going to present them in two different flavors:

Note: By snapshots, we refer to models taken from epoch 0, epoch 1, and so on from the same training run (same initialization).

Cosine Similarity in Between the Weights (Snapshots)

Cosine Similarity in Between the Weights (Different Inits)

Intrinsic Hardness as a Function of Initialization

Below we see that the set of examples that confuses a model epoch-wise changes as we proceed toward the optimization. We further see that this set varies when we train the model with different initialization. We could not enlist results from all the different initialization for space constraint, but feel free to check them out here. This suggests that the definition of intrinsically hard examples is relative to how a model is being initialized to train. This may also further suggest that the images that cause the top losses during training (epoch-wise) are also not the same when we change the initialization of a model.

Note: You can click on the little button located at the top-left corner and play with the slider to see how the confusion matrices change with epochs.

The idea of creating an epoch-wise callback is referred from this tutorial.

Different Initializations and Their Paths to Optimization

The predictions from all the solutions and their individual epochs were appended to a single array because they belong to the same "space". We apply 2 component t-SNE to reduce this higher dimensional space to a two-dimensional space. Below is the result of this experiment for Small and Medium sized CNN. And wow!

In our opinion and also from the plots (shown below), it is evident that the models with different initializations have different trajectories. As one approaches convergence, they tend to cluster around the same valley in space. Even though the models reach similar accuracy, we can clearly see the evidence of multiple minima which lie on the same plane.

Accuracy as a Function of Ensemble Size

Another interesting question the authors explore is - how ensemble size affects the overall test accuracy? Below we can see that as we keep increasing the ensemble size, the model performance gets enhanced. For SmallCNN, after a certain period, the enhancement gets plateaued. We think this might be because a small-capacity model does not produce an optimum solution over the training dataset. Ensembling predictions do help improve model performance, but after reaching peak performance, the uncertainty from multiple suboptimal models take over the benefit of ensembling.

This suggests it’s because an ensemble is able to cover the optimization landscape better than a single model and indeed that seems to be the case.

Although this behavior is interesting for deployment-related situations using a large ensemble of very heavy models might not be practically feasible.

The authors construct their subspace around an optimized weight-space (weights and biases of a trained neural network) solution θ. By using the t-SNE plot experimental setup, they show that the created subspace lies in the same valley as the optimized solution while different solution lies in a different valley.

The plot below summarizes these -

The paper we discussed in this report gives us an excellent understanding of why (deep) ensembles are very powerful in covering the optimization landscape better with simple experiments. Below we leave you with a couple of amazing papers in case you are interested in knowing more about different aspects of deep neural networks -

Thanks to Yannic Kilcher for his amazing explanation video of the paper which helped us pursue our experiments.

Thanks to Balaji Lakshminarayanan for providing feedback on the initial draft of the report and rectifying our mistake on the tSNE projections.

Hope you have enjoyed reading this report. For any feedback reach out to us on Twitter: @RisingSayak and @ayushthakur0.

Sayak Paul and Ayush Thakur have contributed equally to this report.