Fully Connected
NLP
Self Supervised Learning in Audio and Speech

Self Supervised Learning in Audio and Speech

This report will discuss unsupervised pre-training of unlabelled audio data and use the pre-trained model for downstream tasks such as speech recognition and speaker identity from raw audio. Specifically, we will be discussing variants of wav2vec and discuss how to build speech recognition systems with low resource languages.

If you can build a decent speech recognition system with just 10min of labeled data? Interesting, isn’t it? To know more, please go ahead.

Speech Recognition systems are data-hungry. They need 100s of hours of labeled data to achieve a decent Word Error Rate(WER). However, the availability of labeled data in low-resource languages is significantly less. Data annotation is expensive both in terms of resources and time. In India alone, there are 122 major languages and 1599 other languages. Building speech recognition systems in low-resource languages are not feasible.

Some of the unsupervised techniques in the speech domain are:

In this blog post, we will be focusing mainly on multiple variants of Wav2Vec along with references from other papers whenever necessary.

Wav2Vec is an unsupervised pre-training approach for speech recognition by learning representations of raw audio. In general, we use log mel filter banks or mfcc features to train speech recognition systems. Instead, if we use the encoding or representation of Wav2Vec we can achieve almost similar results while using two orders of magnitude less labeled training data.

The Wav2Vec model is Fully Convolutional. It consists of two networks:

Before going further, let us get familiarized with the term Latent Space.

Encoder Network: It takes raw audio(X) as input and embeds the audio signal into latent space representation(Z). It is a five-layer full convolutional network with kernel sizes [10, 8, 4, 4, 4] and strides [5, 4, 2, 2, 2]. Also, there is a larger version of wav2vec with 2 more CNN layers and used in larger training datasets(wav2vec large).

The encoder encodes about 30ms of 16kHz audio with striding of 10ms and generates low frequency representation(Z). This latent space representation will then be fed into Context Network.

The existence of Encoder Network because of these two reasons:

Context Network: The latent space representations(Z) are further encoded by a bigger stack of 9 convolutional layers and also mixes with multiple latent representations to produce a contextualized representation(C) with a receptive field size of 210ms. 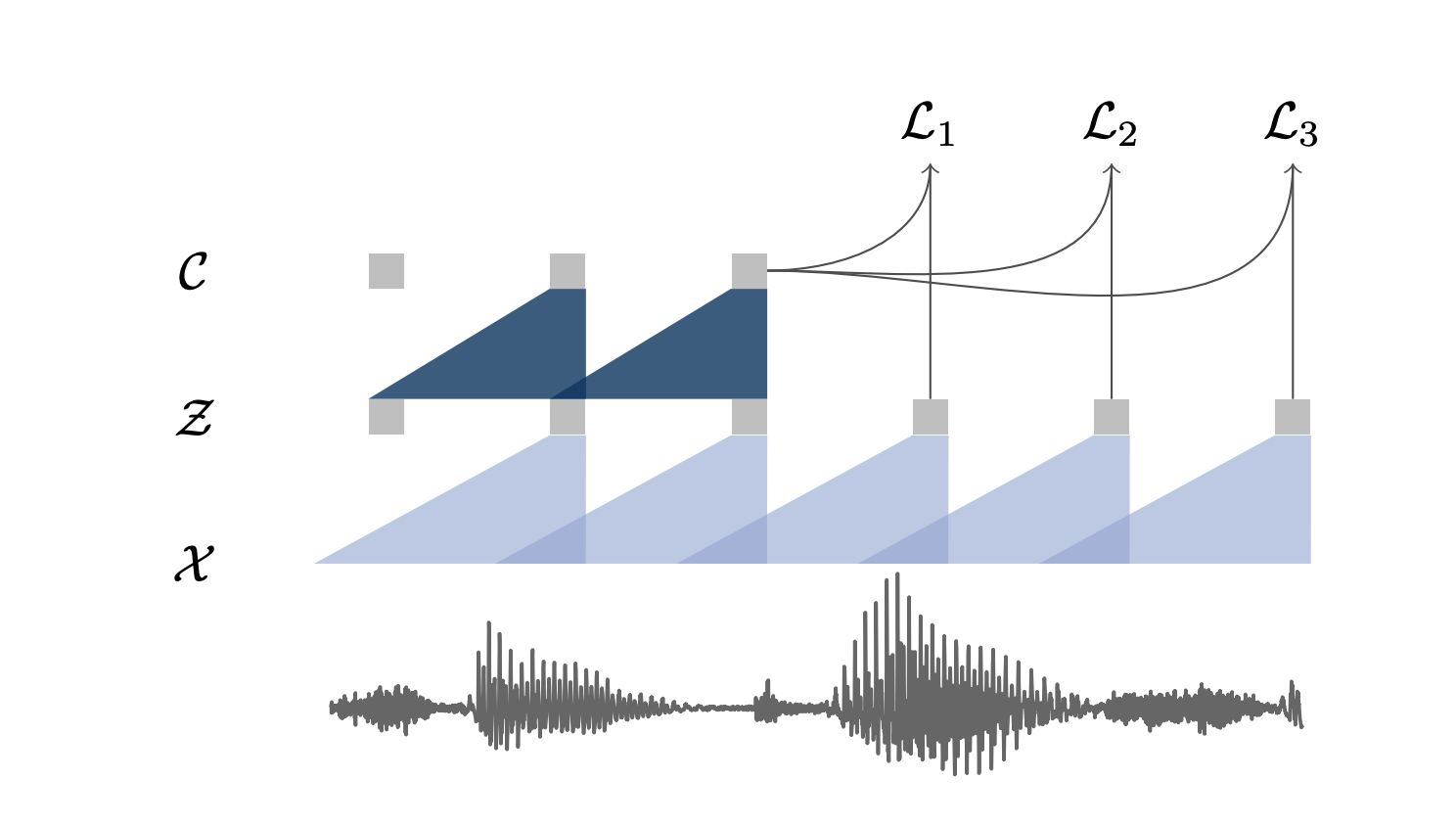 All the layers in both the networks contain 512 channels, a group normalization layer with ReLU non-linearity.

This model architecture is similar to CPC(Contrastive Predictive Coding), except it is fully convolutional while the CPC is based on the GRU module.

We randomly select negative samples by uniformly choosing distractors from each audio sequence to predict if the given sample is in the near future from the current offset position. λ is the number of negative samples (10 leads to better performance according to the paper).

How do we select negative samples?

Of course, we can use a mix of both from the 2nd point.

Which one to choose and when?

The model distinguishes sample $z_{i+k}$( k time steps away) from negative samples drawn from proposal distribution($p_{n}$) by minimizing the contrastive loss for each step k.

$E [log σ(−z^{T}h_{k}(c_{i}))]$ represents expectation of probability of negative samples(distractors) sampled from different sequences and speakers with a probability $p_{n}$ .

Finally, the loss is summed over all the k steps.

The author’s used wav2letter as an acoustic model.

It is clear from the results that pre-training on more data leads to better WER results. It is also evident that pre-trained representations are performing better than log-mel filter bank features. Pre-training reduces WER by 36% on the nov92 dev test when only 8hrs of labeled data is available.

This paper triggered more research in this field

Language has a structure and semantic unions that represents the context. In order to extract the information of basic units of speech, vq-wav2vec introduced a quantization module.

Discrete Latent Speech Representations: Discretization enables us to directly use well-performing NLP architectures like BERT to speech to learn more about language. Discretization of Speech features is achieved by introducing a quantization module in the wav2vec architecture.

Model architecture is the same as wav2vec architecture, but also, a new quantization module is introduced to generate discrete features from dense feature representations. Here is the full architecture: 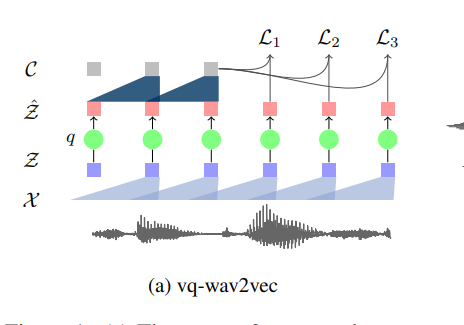 To know more about these two quantization techniques, please refer to the paper.

Training Objective and Loss are the same as discussed from the original Wav2Vec paper.

Once training is completed, we will get the discretized representation of raw audio to feed to NLP architecture like BERT. To know more about BERT, please refer to these blogs by Jay Alammar

The training objective of BERT is to predict masked input tokens based on the surrounding context. Once the BERT model is trained, we can use the representations of BERT to feed into the acoustic model directly.

Below is the combined pipeline of Vq-wav2vec, BERT, and an acoustic model. 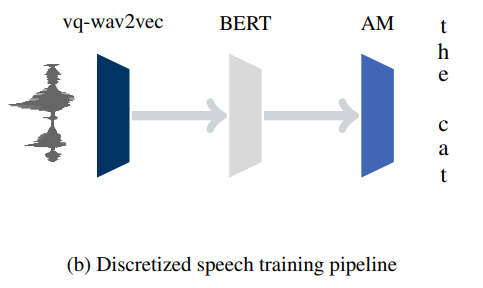 Results show that introducing the BERT pre-trained model achieved the state of art results on TIMIT phoneme classification data and the Wall Street Journal(WSJ). Let us look at the results: 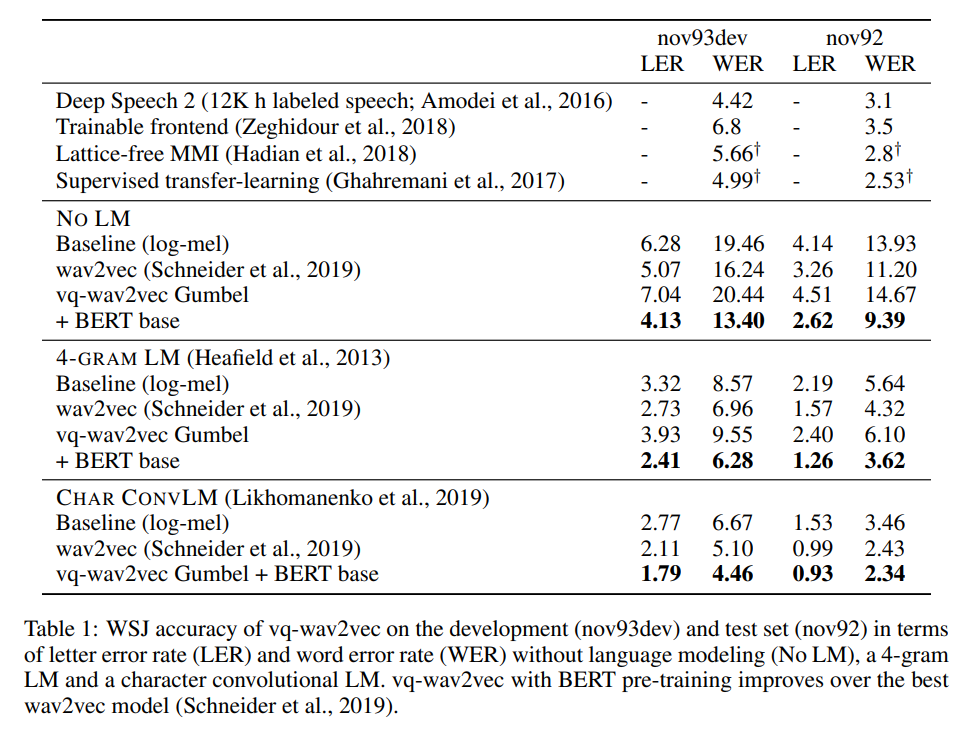 The above results indicate that vq-wav2vec with Char ConvLM outperforms all other algorithms, including wav2vec with WER of 2.34 on the nov92 dataset.

One more exciting outcome of this paper is reducing bit-rate without affecting model performance(with the quantization module's help). 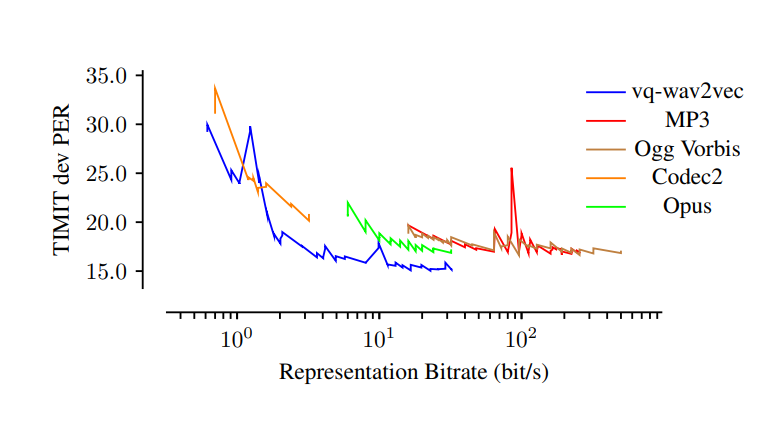 Results showed that acoustic models on vq-wav2vec achieved the best results with all the available bit-rate settings.

Wav2Vec2.0 is an improvised version of vq-wav2vec instead contextualized representations are learnt over continuous speech representation and self-attention captures dependencies over the sequence.

This paper proved that with just 10min of labelled data we can build a decent speech recognition system.

With just 10min of labelled data from LibriSpeech wav2vec2.0 achieved 4.8WER on LibriSpeech test-clean data which is a great deal.

Feature Encoder is the same as the one we discussed with wav2vec with minor changes.

Masking strategy used in this paper is different from NLP tasks. 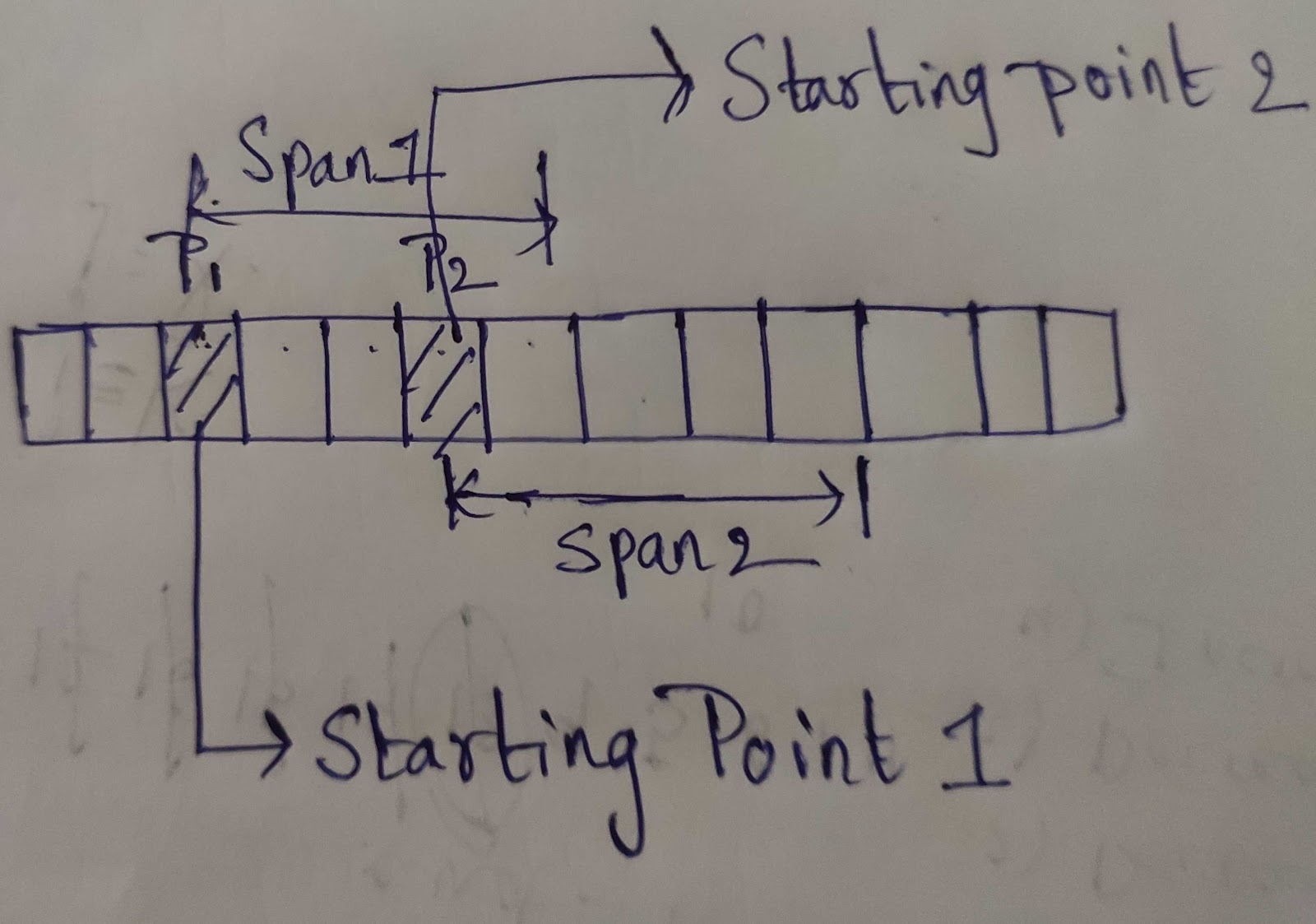 Pre-training objective is to learn representations of raw audio by solving a contrasting task $L_{m}$ which requires to identify the true quantized latent speech representation for a masked time within a set of distractors. This is augmented by a code book diversity loss $L_{d}$ to encourage the model to use codebook entries quite often (from the paper)

Diversity Loss($L_{d}$) is designed to increase the use of quantized codebook representations(from quantization module) whereas $α$ is a hyper parameter.

It is clear from the results that achieving 4.8WER with just 10min of labeled data is actually a big leap in self-supervised learning research.

It is also evident that if we increase the amount of labeling data we can get even better results. Thank you for reading the article and I hope you got some insights to build a Speech Recognition system with fewer hrs of data.

If you have any queries feel free to mail me at tulasiram11729@gmail.com