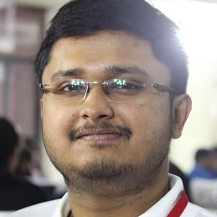 Weights & Biases recently launched Sweeps, a sophisticated way to optimize your model hyperparameters. And since then the team has been getting a lot of questions about bayesian hyperparameter search – Is it faster than random search? When should I use it? How does it work exactly?

In this post, I’ll try to answer some of your most pressing questions about Bayesian hyperparameter search. I’ll also show you how to run a Bayesian search in 3 steps using Weights & Biases.

You can find the accompanying code here, and see a comparison of bayesian, grid and random sweeps here.

To address these problems, we resort to hyperparameter tuning and the general process of it looks like so:

Although there are many niche techniques which help us in effectively tuning the hyperparameters, following are the two most predominant ones:

In grid search, we first start by defining a grid containing the list of hyperparameters along with lists of acceptable values you would want the search process to try. Following is a sample hyperparameter grid for a Logistic Regression model:

In this case, the search process would end up training a total of 2x3x3x4 = 72 different Logistic Regression models.

When it comes to using Bayesian principles in hyperparameter tuning the following steps are generally followed:

It read as - what is the probability of Y given X. Now, this has got an RHS as well:

So, if we try to apply the same principle to hyperparameter tuning, following would be the equation for it -

So, now each of the above terms would be:

Now, the different hyperparameter configurations are navigated through, they go on to take advantage from the previous ones and eventually help the given machine learning model train with better hyperparameter combination with each passing run. A question that might still be bugging you is - what hyperparameter space should we explore next in order to improve the most? Let’s find that out.

The idea of informed search in Bayesian hyperparameter tuning

Upon taking a look the figure, we can clearly see that we are to get better results for more number of epochs. So, the point now is how can we leverage this knowledge in the hyperparameter tuning process?

Let’s go back to the way we humans approach things in general - we first build an initial model (also called a prior) of the world we are about to step in and based on our experiences of interactions (evidence) we update that model (the updated model is called posterior). Now, let’s replicate this to tune hyperparameters! We start with an initial estimate of the hyperparameters and we update it gradually based on the past results. Consider the following to be a representation of that initial estimate -

The gray areas represent the uncertainity of the surrogate model which is defined by a standard deviation and a mean.

It works by introducing a threshold value for the objective function and we are tasked to find a set of hyperparameters that beats that threshold. So, mathematically it would be -

The above equation enforces the following:

The last piece of the puzzle is still remaining to be added however - the surrogate model.

The problem of constructing a surrogate model is generally modeled as a regression problem where we feed the data as input (with a set of hyperparameters) and it returns an approximation of the objective function parameterized by a mean and a standard deviation. The common choices for surrogate models are:

Let’s talk about the first one briefly.

If all of the above seemed like a bit heavy for you then just stick to the idea that the main objective of Bayesian reasoning is to become “less wrong” with more data. Let’s now see Bayesian hyperparameter tuning in action.

I have made the code snippets shown in this section available as a Colab notebook here (no setup is required to run it).

Before diving into the code that deals with Bayesian hyperparameter tuning, let’s put together the components we would need before that.

We will be using the Keras library for our experiments (more specifically tf.keras with a TensorFlow 2.0 environment). We will be using the FashionMNIST dataset and a shallow convolutional neural network as our machine learning model. Our humble model is defined using -

The images of the dataset come in 28x28 pixels. But we need to reshape it to 28x28x1 to be able to make it work with the Conv2D layer of Keras. Proceeding further, here is how our hyperparameter search configuration looks like -

In our case we will be running the same experiments but with different hyperparameter tuning methods - grid, random, and Bayesian and we are specifying that via method (three options available to us - grid, random, and bayes). metric is our objective function and we would like to maximize it. What follows that is the grid of hyperparameters we are interested in tuning and they are -

Weights and Biases (W&B) allows us to efficient tune hyperparameters via Sweeps. Running a hyperparameter sweep is extremely simple and you can see that in action in the article I just linked. Once we have prepared the dataset, defined the model and configured the hyperparameter search configuration we can proceed to running the sweep which is just a matter of a few keystrokes -

# Default values for hyper-parameters we're going to sweep over

# Config is a variable that holds and saves hyperparameters and inputs

With each run the hyperparameter combination is updated and is made available via the config argument of wandb. Diving deep into the details of hyperparameter sweeps iusing W&B is out of the scope of this article but if you are interested, I recommend the following articles -

As mentioned earlier, we will be running the sweeps using three different methods - grid search, random search and Bayesian search. Let’s do a battle between the three!

The beauty of using W&B is that it creates separate Sweeps pages each time you kickstart a new sweep. The runs under the grid search experiment are available here to visualize. The major plot to notice there is there following -

From the above three plots, the most important thing to notice is the number of different runs method took to reach to the maximum val_accuracy. A different combination of hyperparameters is referred to as a different run here. Clearly enough, the Bayesian search takes the least amount of runs to get to our desired result.

An important note here is for both random search and Bayesian search, you need to manually terminate the search process once you get to the desired result. You can easily do that by going to your respective Sweeps page while that is running and navigate to Sweep Controls -

What is more convincing is with W&B, you get a nice overview of Sweeps and it looks like so -

Now on the respective workspace, you will have a collective overview of the first ten runs that came out as results of running the different methods -

What is even more convincing for going with Bayesian search is if we group all the important metrics like loss, val_loss, accuracy and val_accuracy we would get and it clearly tells us about the supremacy of the Bayesian search process -

On yours Sweeps Overview page (a sample), you would find a button Create sweep and when clicked it shows something like the following -

It lets you take an existing W&B Sweeps project with some runs and generate a new sweep based on your configuration variables quickly.

Now what I would do is -

And voila! Your sweep should be up and running -

So, how Bayesian are you?

That’s it for this article. If the topic of hyperparameter tuning interests you then you should check out James Bergstra’s works -

I hope you got a good introduction to the Bayesian search process for tuning hyperparameters for Machine Learning models. I cannot wait to see how beneficial Bayesian search would be for your projects.